It’s not every day that the Royal Navy retires its flagship aircraft carrier so it was no surprise that when HMS Illustrious was scheduled for decommissioning it was felt appropriate that its passing should be marked with a party. What was more of a surprise was the scale of the event. With Royalty present, representatives of HM Government, Navy bigwigs, local dignitaries, and generations of crew past and present, the numbers really started to add up. In all there were to be 1800 people for a quayside canapé reception, followed in the evening by a dinner for 1200 in the main aircraft hanger onboard the Carrier.

No sooner had that been successfully sent out, we then had to set up a field kitchen on the quayside equipped with everything needed to deliver the food service. From installing water and power to ovens and refrigeration, it was crucial not to have forgotten anything! Arriving at first light, we gave ourselves time to prepare the 9,000 canapés needed for the reception scheduled for 11.30 later that morning. No sooner had that been successfully sent out, and we had to turn our attention to preparing the evening meal.

The tides on the day were kind to us with low water leaving the gang-planks at a shallow angle as 1200 meals were carried aboard in hot cabinets, together with the crockery and cutlery needed to eat them.

With the ensign now lowered for the last time and the final party drawing to a close, team Vanilla could depart knowing that it was a job well done. 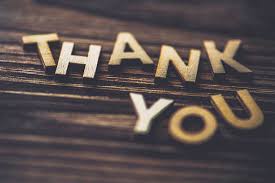 “I would like to take this opportunity to thank you and all at Vanilla Catering for the way that both events were planned and catered. The canapés for the reception looked and tasted wonderful and received many complimentary comments from those that were served. The evening buffet was extremely well planned and presented and again looked and tasted wonderful and was a showcase of the high standard that Vanilla Catering can achieve to such a large number of people in a challenging and unique location. On behalf of the entire ships company of HMS Illustrious, their family and friends I thank you all for helping to make the evening such a memorable one. ”

Back to Corporate Catering